The Australian economy and recovery from COVID-19 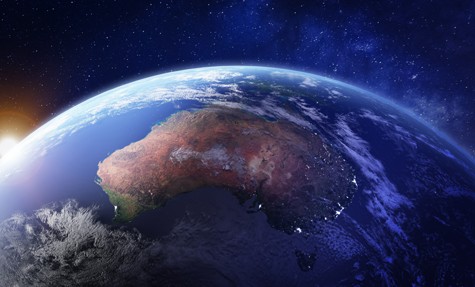 The shutdown in response to COVID-19 (coronavirus) has wreaked havoc on the economy, but after a period of free-fall we could be beginning to see light at the end of the tunnel.

What has the impact been on consumer confidence and spending?

Consumer confidence collapsed due to uncertainty around how long the economic shutdown would last, what the damage would be, how great the health threat was and what it would mean for wages and jobs. But confidence has since recovered a bit.

Despite an initial boom in retail spending due to stockpiling of groceries, toilet paper and home office supplies, shopping centres are now deserted, so retail sales are probably down by around 20%, although online sales appear to be a bright spot.

How similar (or different) is this to other financial crises in recent history?

In terms of th e shrinking Australian economy, as measured by gross domestic product (GDP) and rising unemployment, this is going to look most like the Great Depression of th e 1930s . However,that was a boom then bust scenario, so this doesn't really resemble anything we've seen in the past 100 years. Once the shutdowns are eased, economic conditions should bounce back far quicker than they did after the Great Depression or after past recessions.

What impact is the relaxing of isolation rules in some parts of Australia having?

It' s very positive news that the shutdown, which we were originally told might last at least six months, may now only last for two months, and is part of the reason consumer confidence has picked up a bit lately. While so far, the easing of rules has been more related to social interactions and freedom of movement, we expect other, more economically significant easing will occur in the coming weeks.

What impact will other factors such as the fall in oil prices and the fall in value of the Australian dollar have on our economic recovery?

So far, the fall in the oil price has been seen as a negative due to the impacts on large oil producers. But once the lockdowns are eased and we're driving around again it will be positive as Australian households could be saving up to $25 a week on petrol.  Historically, lower oil prices have gone hand-in-hand with low interest rates to fuel economic recovery - and interest rates in Australia are unlikely to rise for the next three to four years.

The Australian dollar started the year at 70 cents against the US$, fell to a low of 55 cents and is now around 64 cents, but that will help the economy. It makes our exports more competitive internationally and is particularly good for our natural resources exporters who get paid in US$.

What will the impact of COVID-19 be on Australian house prices?

House price growth has slowed down and listings have dried up due to the uncertainty. The JobKeeper payments
introduced by the Federal Government and loan repayment holidays offered by the banks have delayed the hit to the property market, but with unemployment heading higher, there will be some distressed sales and impact on prices.

It will depend on how quickly the economy recovers after the six-month stimulus and mortgage payment freeze period ends as to whether we see a 5-10% hit to house prices or whether it's  more like 20%. Our base case is for a 10% fall assuming a return to economic growth through the second half of th e year.

Will the economy, or the way we work, be permanently changed as a result of the current downturn?

It's unlikely bans on international travel (except to NZ) will be lifted before there's a vaccine, which will affect airlines, accommodation providers and tour operators. However, the impact will be cushioned by a rise in domestic travel as Australians holiday at home. In fac t, we have a tourism trade deficit with the rest of th e world, so the absence of international travel will benefit Australian GDP (in th e short term).

Work-related travel may also be permanently affected, as businesses are now using technology to effectively communicate with interstate and overseas offices. Work from home arrangements are also likely to be more widely embraced affecting demand for office space but reducing traffic congestion.

Retail may be permanently damaged as the shift away from bricks and mortar retailers to online retail has been accelerated, and universities that rely on international students may struggle for a while yet.

There's also talk of reforms to help the economy grow faster. This could include things such as tax reforms, improving the industrial relations system and reducing regulation to make it easier for companies to start and operate.

How long will the Australian economy take to recover?

We at AMP Capital predict that the high point for Australian economic activity as measured by GDP looks to have been the last quarter of 2019 and it 's projected to shrink 10-15% by the middle of 2020.  But once workplaces are able to start re-opening, which is likely from this month onwards, economic activity will pick up and growth will occur through the second half of 2020. It will probably take about 18 months to get back to our recent highs, so a full recovery is unlikely before the end of 2021.

Any opinions expressed in this article are solely those of the individual and do not reflect the views and/or opinions of AMP group unless expressly stated otherwise.